In July 2013, the distinguished British writer and philosopher, Julian Baggini, had a piece published in the Guardian newspaper entitled ‘In Praise of Cynicism’. The key excerpt is shown on the right. I have quoted this many times since in presentations, and it always raises eyebrows. Development practitioners consider themselves optimists.

This quote floated through my mind as I read Stefan Dercon and Ranil Dissanayake’s excellent paper ‘Not a Centaur, but Better: Building FCDO into a Powerful Force for Good and Not for Chaos’ (here), published by the Center for Global Development this past June. The paper spells out the requirements for the ‘super-functioning’ of the new Foreign, Commonwealth & Development Office (FCDO): a ten-year strategy rather than empty sloganeering; the continued reliance on evidence and knowledge; country objectives based on impact; a cross-Whitehall platform ensuring coherence of all aid spending (not just the FCDO’s 70% slice); long-term partnerships; the maintenance of Department for International Development (DFID)’s rigorous approach to project appraisal and design; continued multi-lateral financing, and maintaining both the 2002 International Development Act and the 0.7% GNI commitment.

The political economy side of me – which aligns with a rather cynical world view – wondered just how realistic these ‘minimum conditions’ are. A moment’s reflection and my answer was ‘not very’. If the government wanted to achieve All These Good Things, then surely it would have left DFID well alone and required the rest of Whitehall to submit to its orthodoxy and know-how? But it is precisely because they want few, if any, of these things that DFID has been swallowed up by the Foreign & Commonwealth Office (FCO).

I concede that it might be too early to reach firm judgements on questions of over-arching global strategy, because as yet, there isn’t one. Well at least not a public one.  We will have to infer strategy as the new FCDO leaps into action. There are two critical questions: geographic allocations of aid, and the broad ‘purpose’ of individual investments. First, the global allocation of funds will be telling: will it focus resources on strategically important geographic regions, or share out the budget globally, spreading the 0.7% jam thinly? Will Global Britain demand a global footprint? Will every ambassador or high commissioner in a developing or emerging economy expect some sort of aid program to curry favour and win hearts and minds? What does the ‘Indo-Pacific tilt’ mean? Will more staff and money be allocated to Eastern Europe, the ‘Stans’, and South-East Asia and the Pacific? Will fewer staff and less resources go to sub-Saharan Africa? What about South America?

The second question is the explicit purpose of aid funds. Will aid in the national interest mean the end of aid as a force for good? Does it mean that the aid program will be threat-based, rather than poverty-focused? The latter would be a major ‘tell’. Since its inception in 1997, DFID has based its country allocations on a slightly tweaked version of the World Bank’s International Development Association aid allocation model, which is poverty focused. Priority is accorded to least developed countries and fragile and conflict-affected states. (This has been diluted since 2011 as other Whitehall departments have been allocated ODA funds). We will need to watch spending decisions closely to judge just how aggressively and narrowly the UK is pursuing the national interest within the aid program.

From a poverty reduction perspective, it is alarming that we have already heard Boris Johnson asking why the UK gives more money to Zambia than it does to Eastern Europe. From a national interest perspective this is a pertinent question – what is the strategic significance of Zambia, for goodness’ sake? It is poor, strategically immaterial, and buys very little of our stuff (just look at all the Japanese SUVs on the roads of Lusaka – not a Land Rover in sight. Even if Land Rover is Indian owned. But let’s not worry about that now). By contrast,  if the UK were to increase support to Eastern Europe and Central Asia we may be able to give a modern twist to George Kennan’s famous ‘Long Telegram’ of 1947, in which he articulated the policy of ‘containment’ of the USSR – a policy which remained in place until the fall of the Berlin Wall in 1989. Surely with Russian expansionism and aggression, let alone election interference, we need such a revitalised strategy more than ever? Or so the argument may run in avowedly realist foreign policy circles.

Although couched in the language of a merger and the ‘blending the best of both agencies’, the Mergers and Acquisitions literature demonstrates that one partner in any new organisation always dominates. This applies not only to organisational culture; more importantly it applies to the sense of core business. Aid and development are just not core business for diplomats. They are secondary. The portents from Australia are not encouraging. After DFAT swallowed up AusAID in October 2013, aid and development became instruments of foreign policy, with little legitimacy in and of themselves. From henceforth it was said, aid would be provided unashamedly in Australia’s national interest. Poverty – including the word itself – largely disappeared from the DFAT lexicon.  Is the FCDO destined to follow this path? Early signs are not encouraging. Only one of the seven -person executive board in FCDO have a development background (one  of the two ex-DFID members has a corporate finance background, and it was not in development).

Staffing issues will be critical: who will get the senior civil service head of department jobs? In the post-2013 DFAT they mostly went to ex-DFATers. Already, the many staff members of old DFID who are European citizens have been told their contracts are being frozen; no extensions or continuations. Locally engaged staff (what DFID called SAIC staff – Staff Appointed in Country) are on notice. The FCO wants Brits.

It may be that these questions of political economy, of incentives and interests turn out to be less important than a range of what I would describe as second order questions – particularly for those of us working in development in the Indo-Pacific. These questions focus on how the FCDO chooses to work, with whom it chooses to work, the issues on which it focuses, the sectors it prioritises, and the rhetoric it employs.

If Dercon and Dissanayake are correct – and my goodness I really hope they are – then the following is my wish list for the FCDO as it seeks to re-engage with my part of the world. Nothing at all profound – just some basics for ensuring that UK aid and development will be a force for good – and one with an expanded geographic footprint.

One thought on “The FCDO: aid as a force for good or for the UK’s commercial and security interests? A view from Down Under” 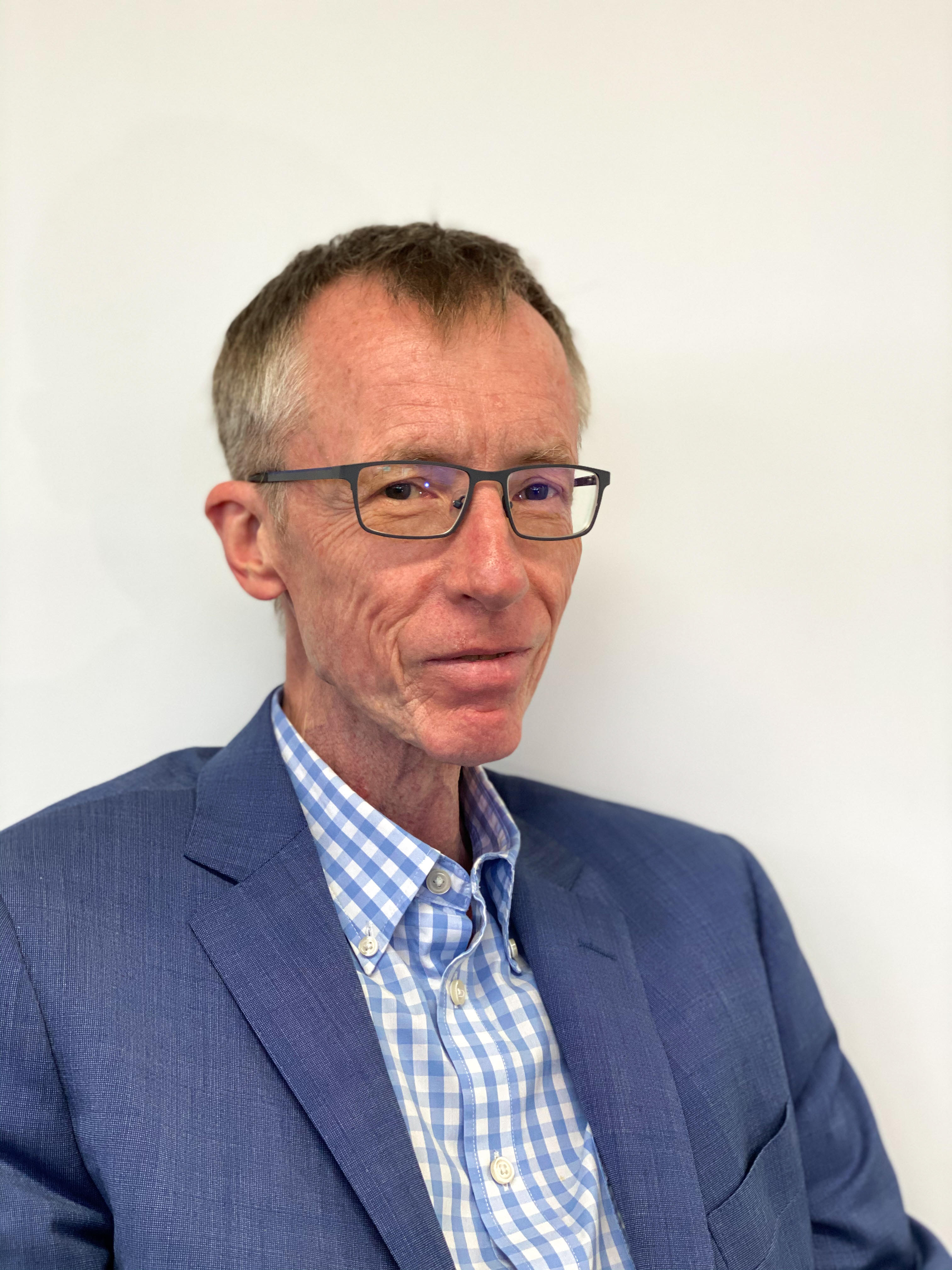 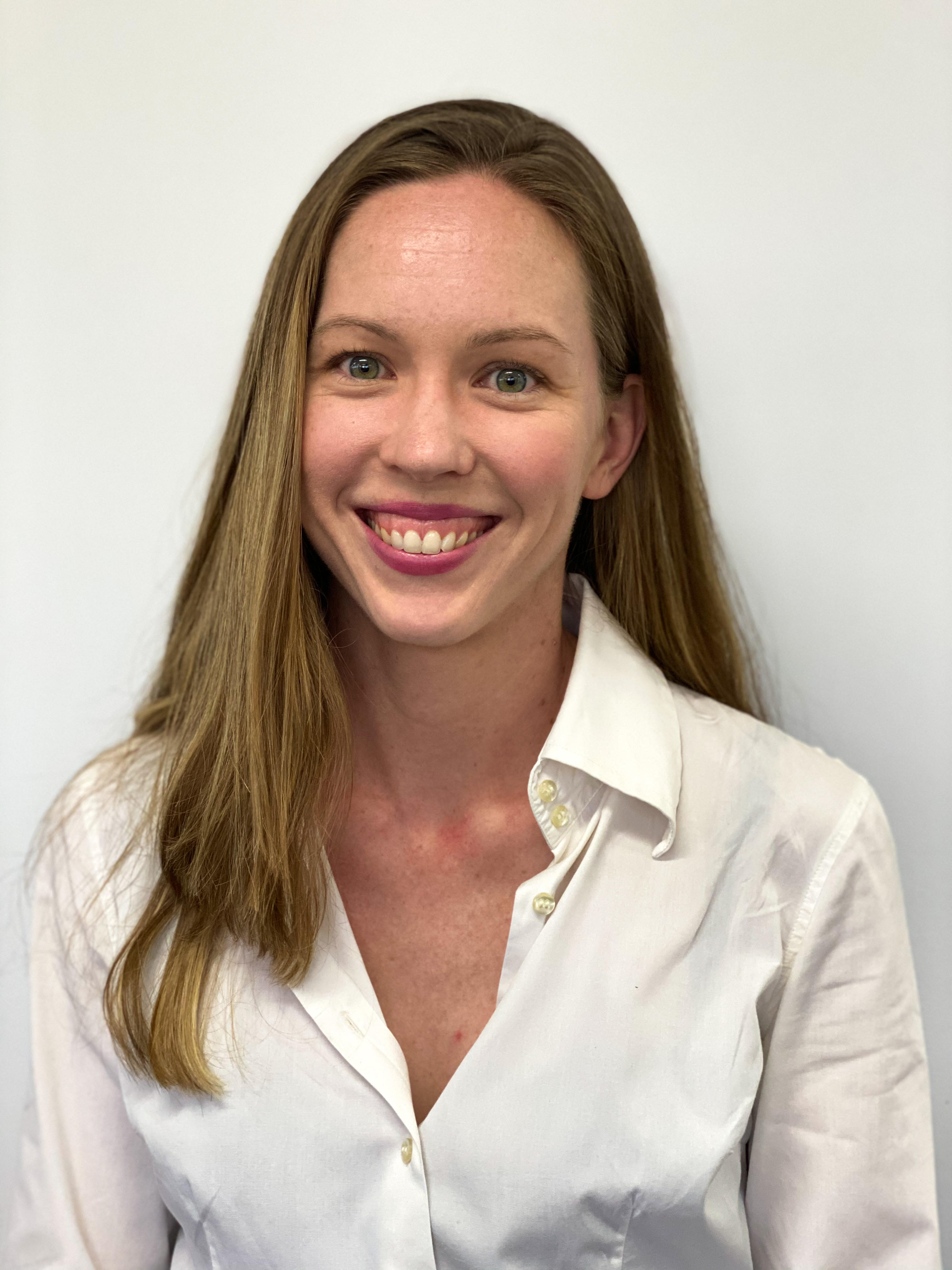 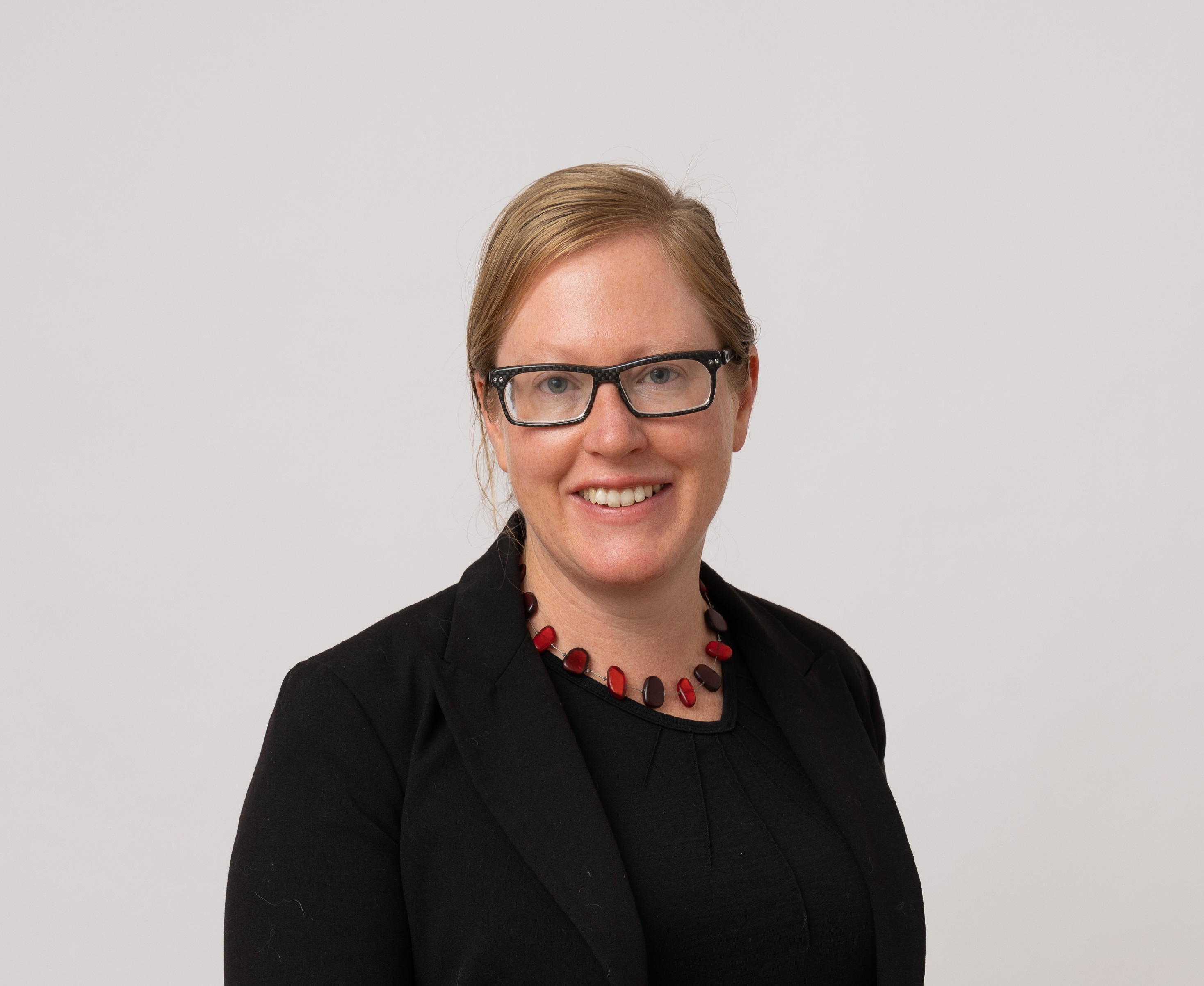 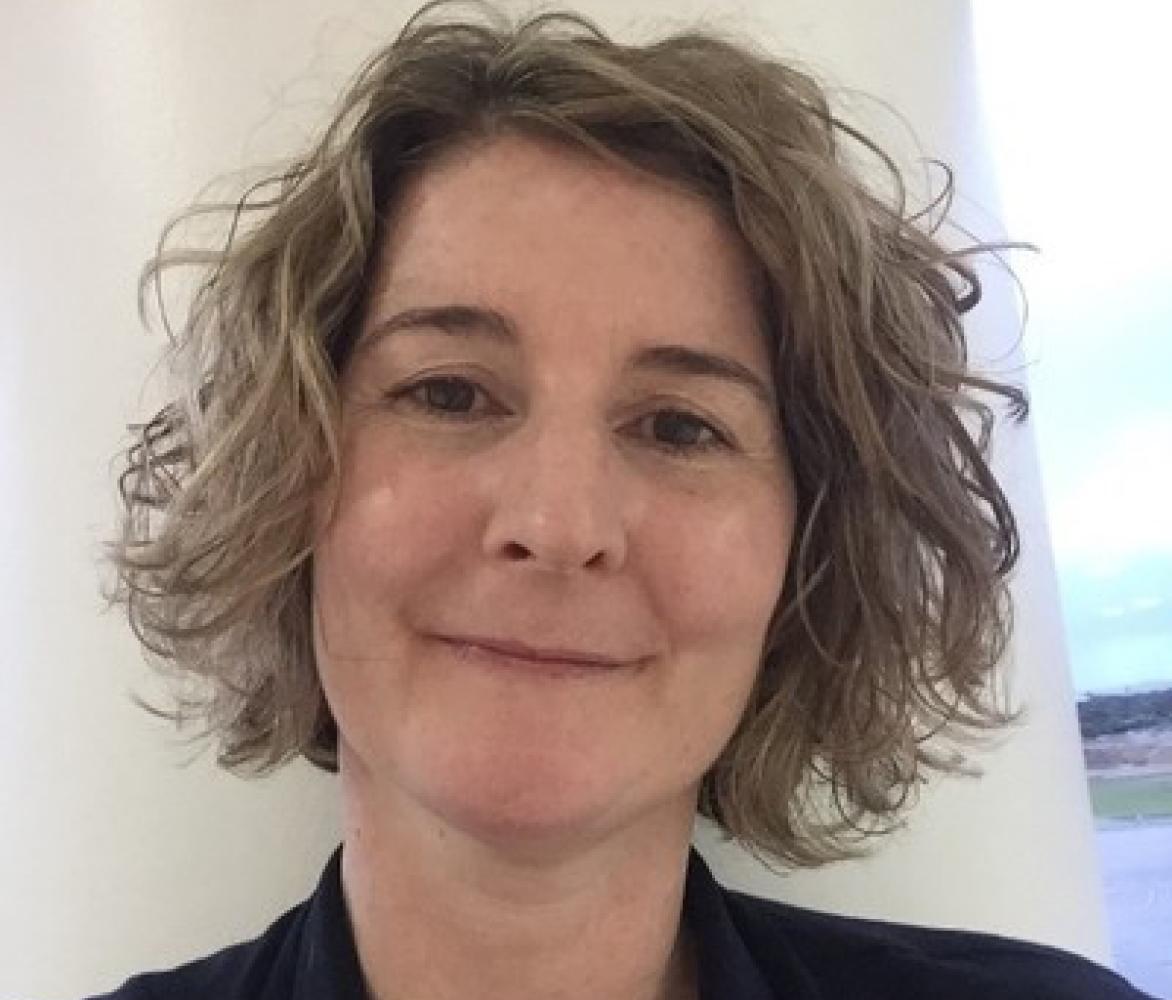 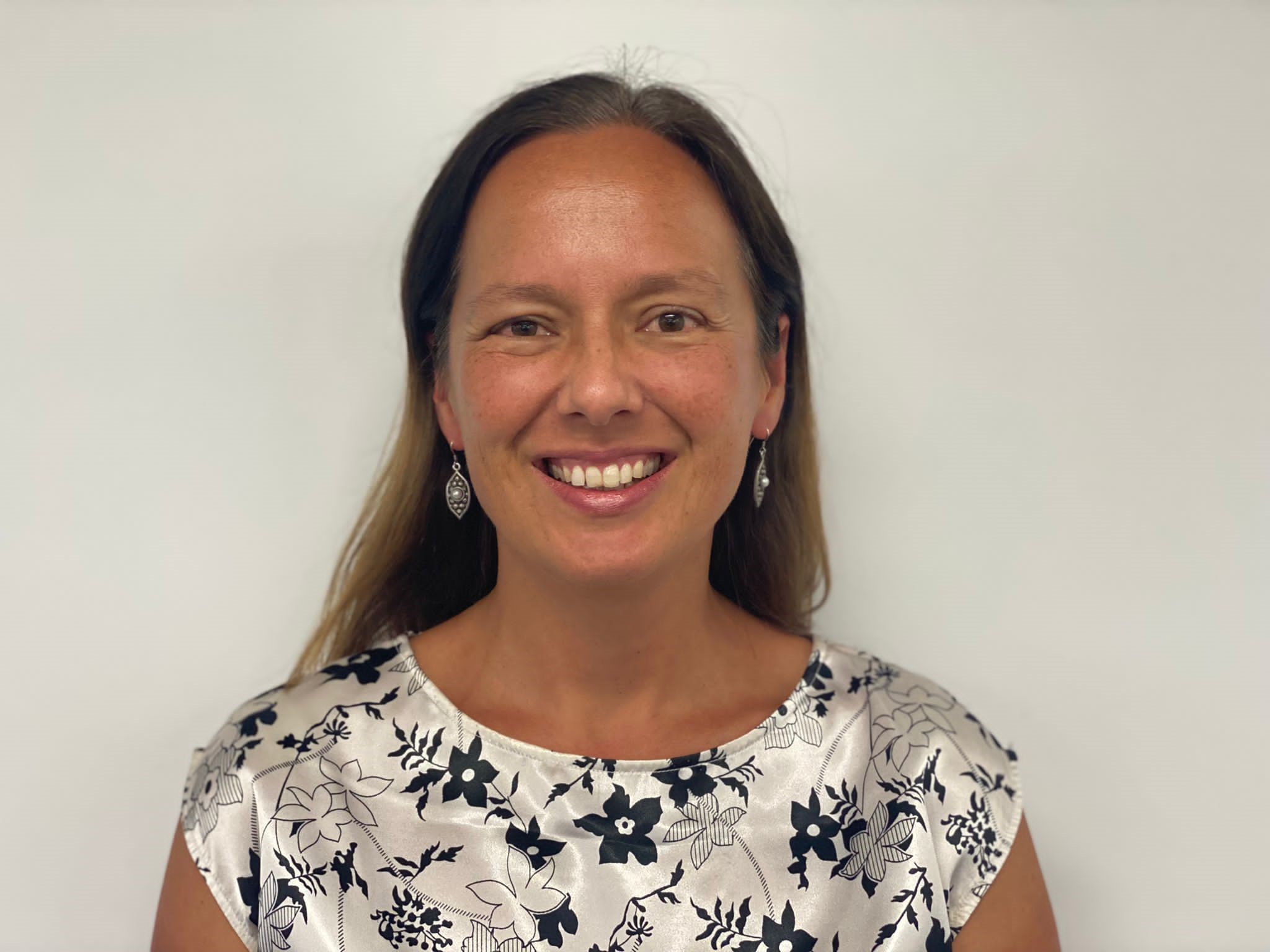 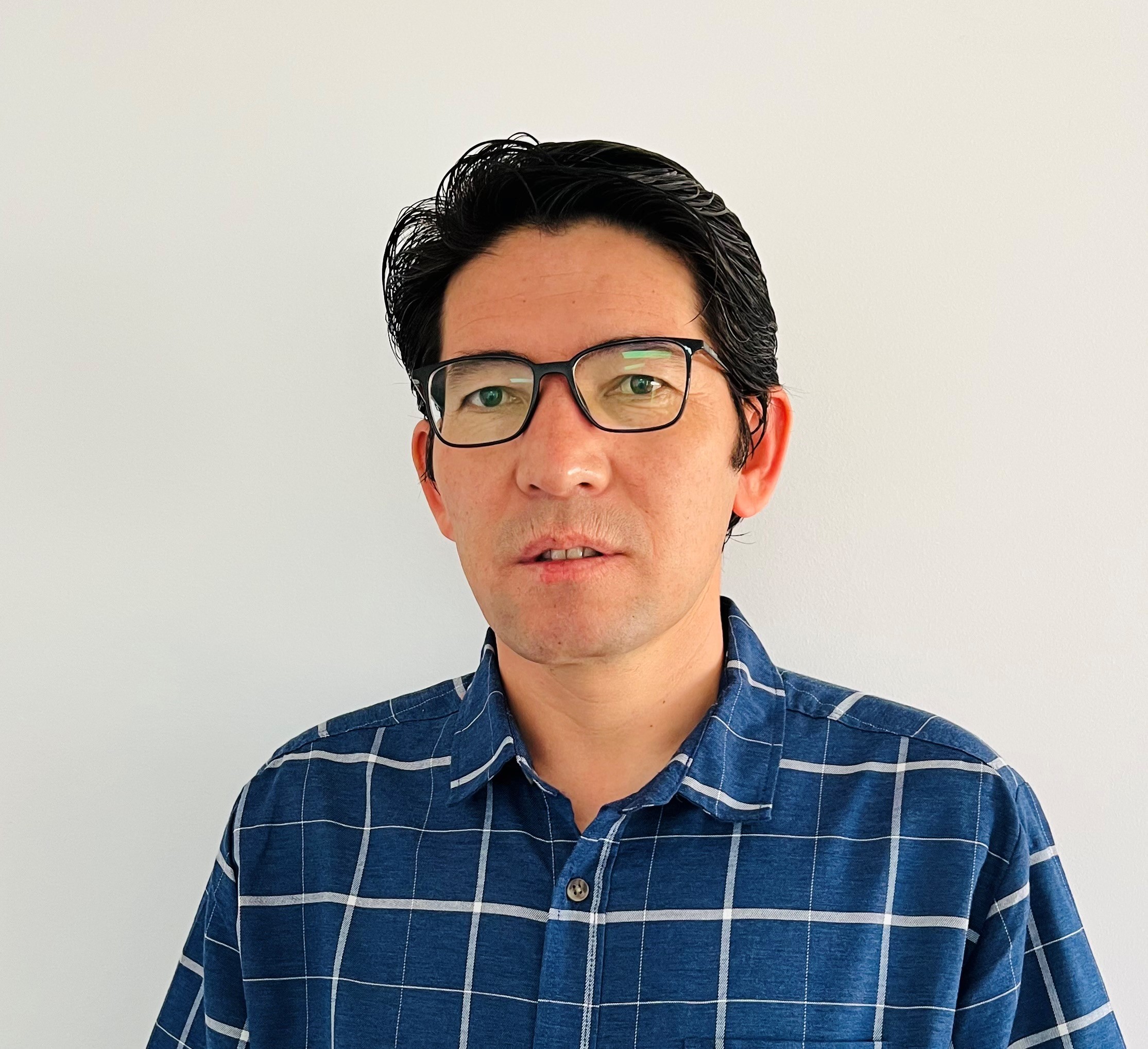 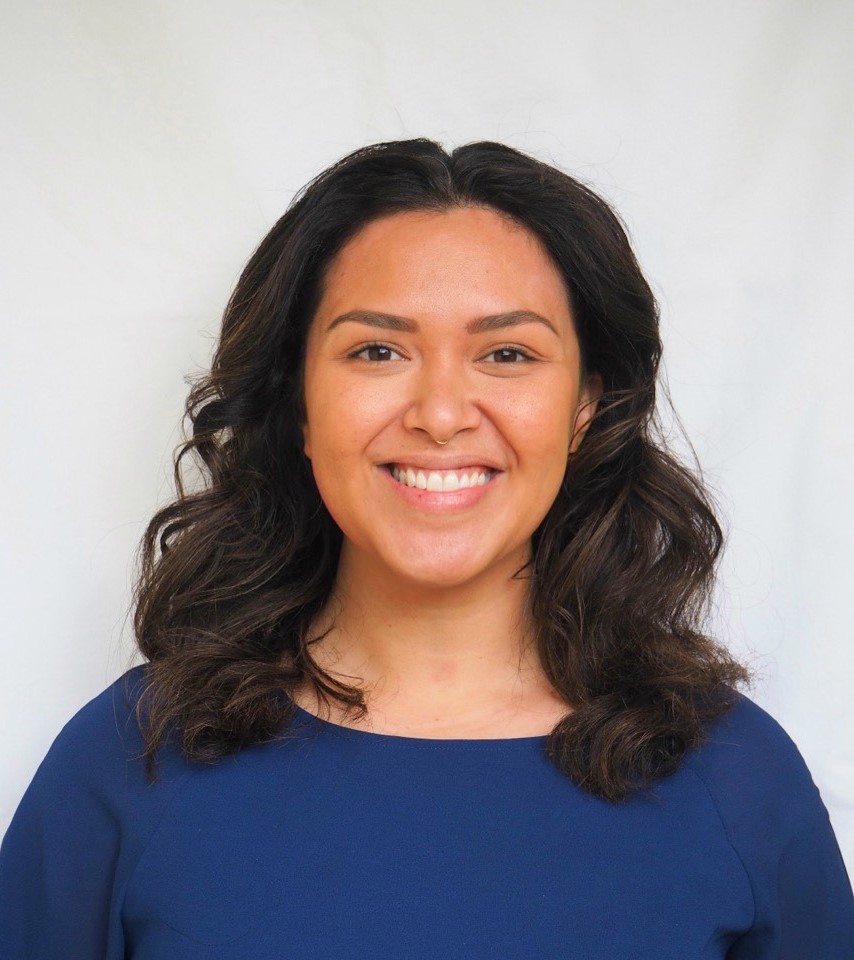 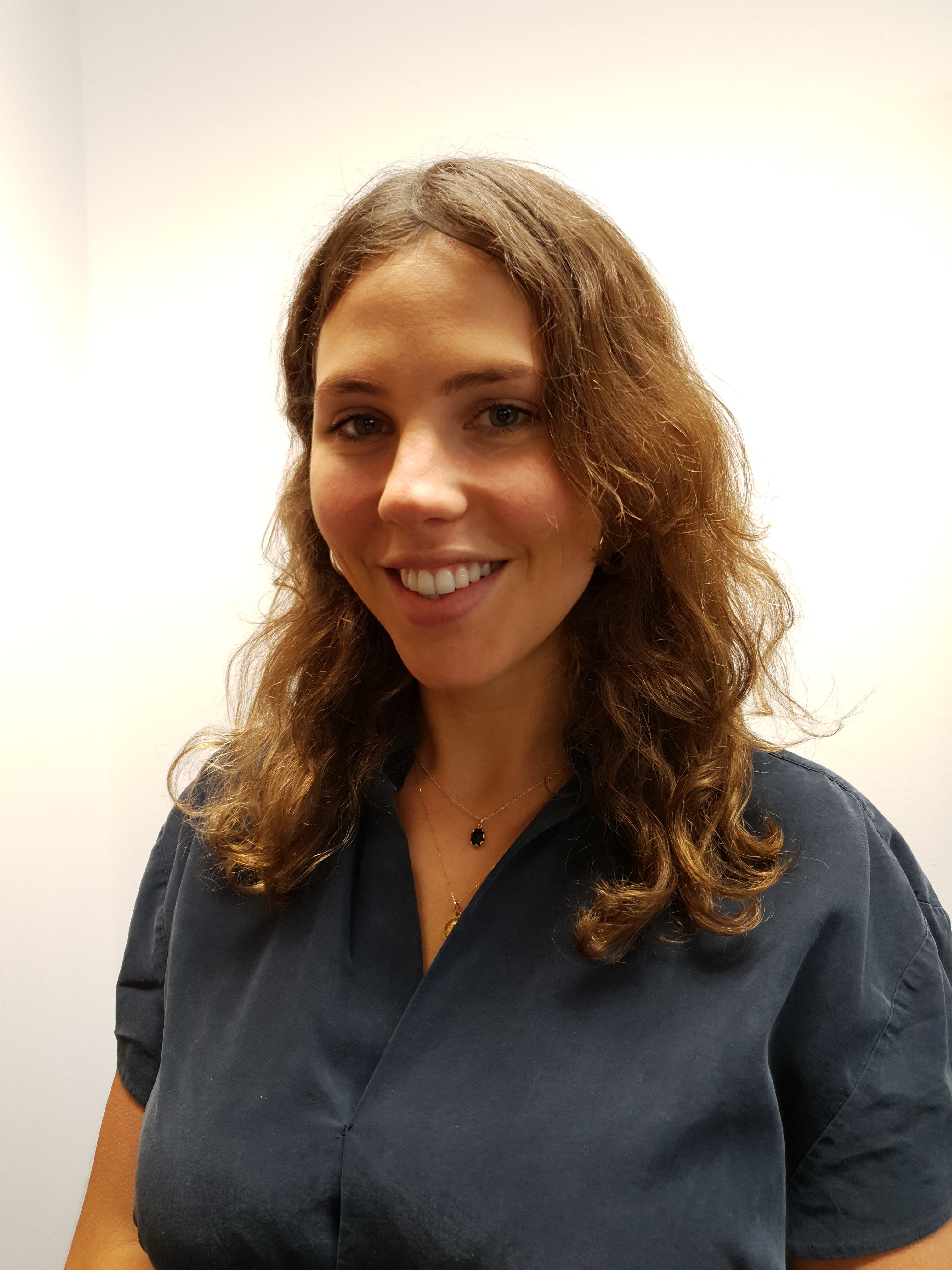 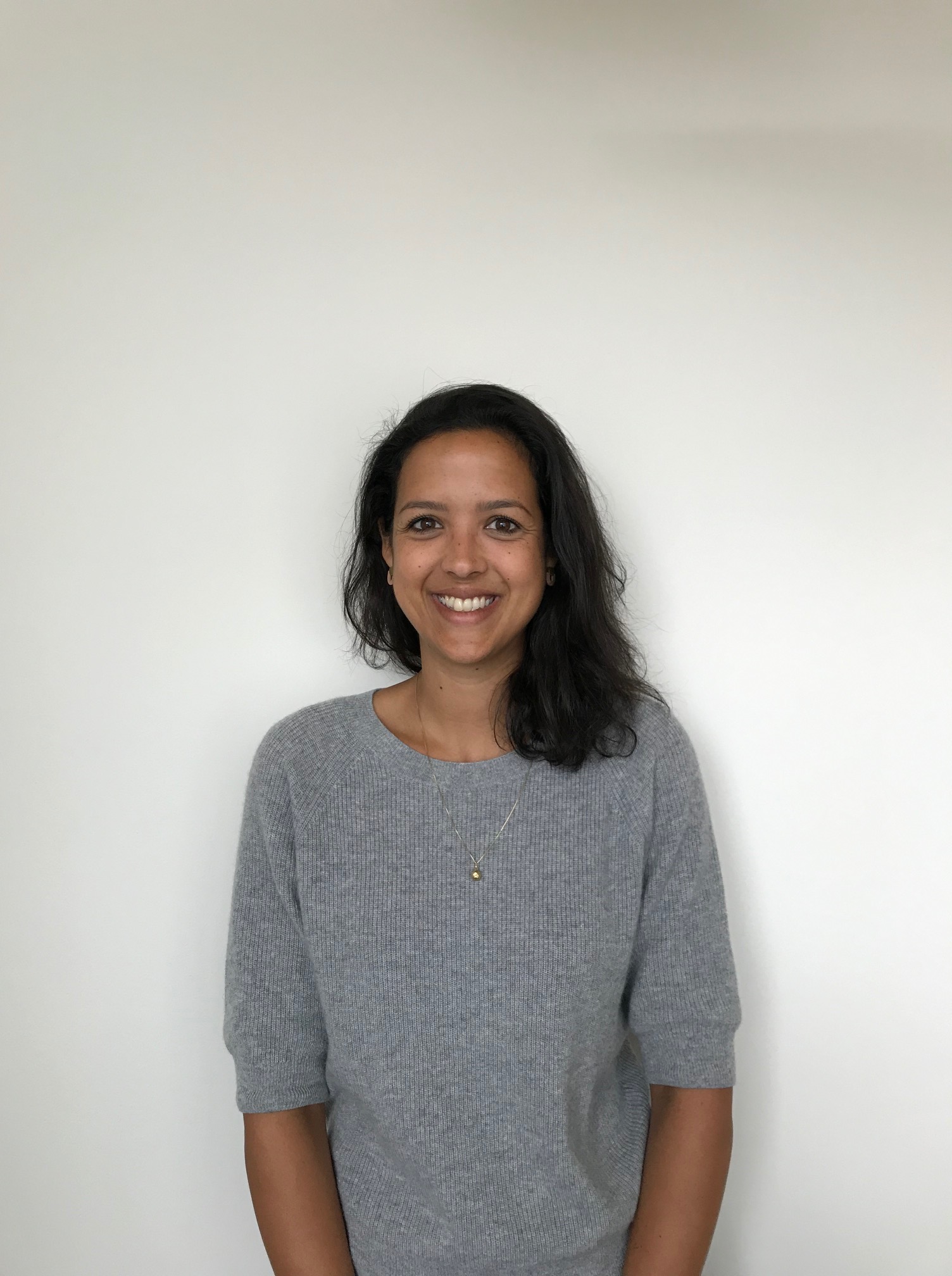 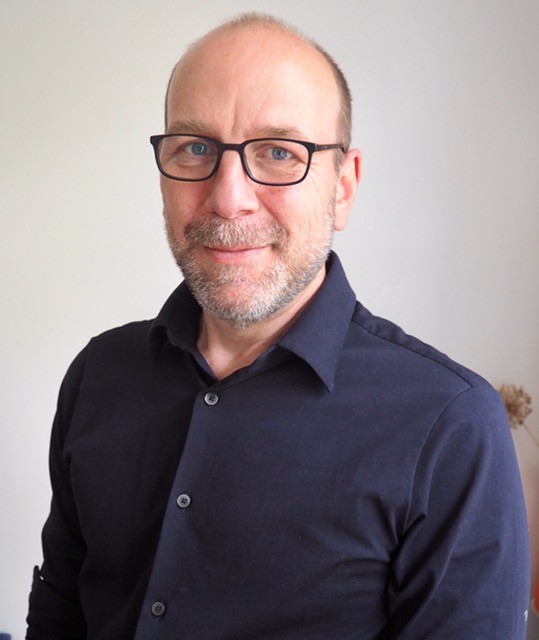 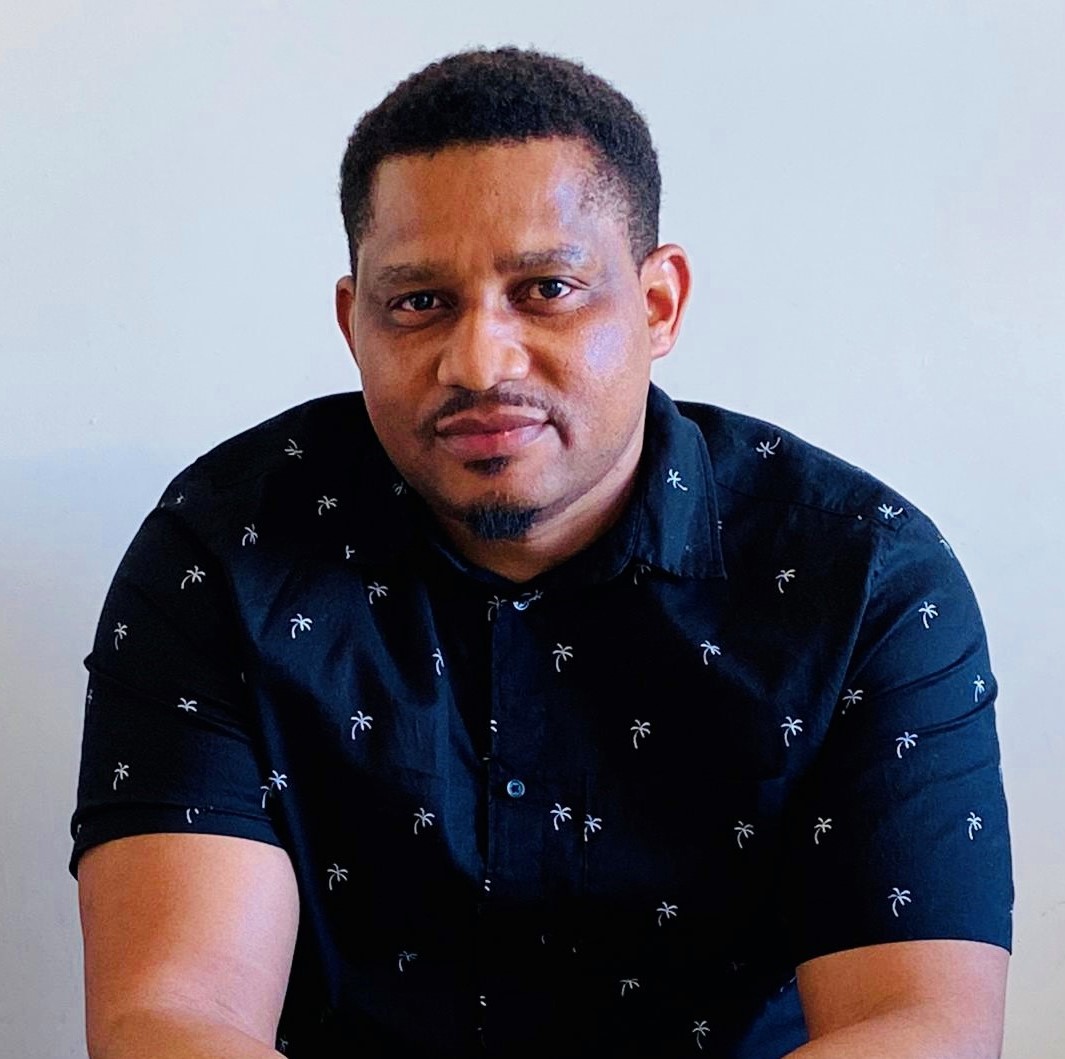